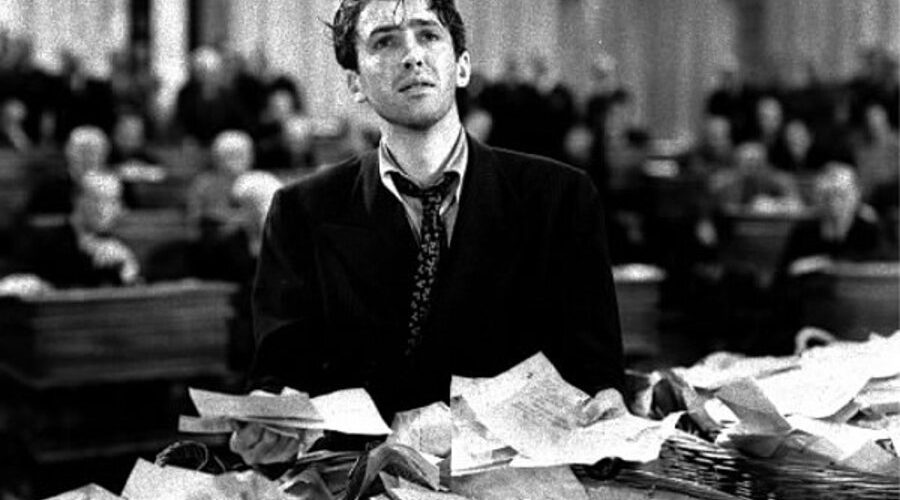 “Republicans said “no” to pushing the Senate over this precipice. When I could have tried to grab this power, I turned it down… I am grateful that’s been reciprocated by at least a pair of our colleagues across the aisle. I’m glad we’ve stepped back from this cliff. Taking that plunge would not be some progressive dream. It would be a nightmare. I guarantee it.”

Despite increasing support among Senate Democrats to end the filibuster, it’s clear they do not currently have the 50 votes necessary to do so. Senate majority leader Chuck Schumer has been signaling for years in reference to the filibuster, “Once we get the majority, we’ll discuss it in our caucus. Nothing’s off the table,” As an integral component of the senate’s tradition for centuries, the filibuster, arose from a history of limitless debate, that was traditionally used by the minority, to prolong, or halt a bill from passing. In 1837 the first successful filibuster was recorded, when group of Whig senators opposing President Andrew Jackson, filibustered to prevent Jackson’s allies from expunging a resolution of censure against him.

What is a filibuster?

According to senate.gov, the filibuster is “a loosely defined term for action designed to prolong debate and delay or prevent a vote on a bill, resolution, amendment, or other debatable question. Prior to 1917 the Senate rules did not provide for a way to end debate and force a vote on a measure. That year, the Senate adopted a rule to allow a two-thirds majority to end a filibuster, a procedure known as ‘cloture’. In 1975 the Senate reduced the number of votes required for cloture from two-thirds (67) to three-fifths (60) of the 100-member Senate.”

The senate’s existence is a part of the “complicated check, against improper acts of legislation” McConnell stressed, quoting James Madison. Via debate, deliberation and cooperation, it serves to counter the House of Representative’s majoritarian impulses, thereby preventing the “tyranny of the majority” our founders feared. “We ensure that laws earn enough buy-in to receive the lasting consent of the governed. We stop bad ideas, improve good ideas and keep laws from swinging wildly with every election.” McConnell said. He further asserted, if the filibuster was removed, there would be “immediate chaos, especially in this 50-50 Senate.”

While Schumer appears to be leading the way for elimination of the filibuster, he is not without support from many members of the Democrat party and their acolytes.  “I don’t want to hear, ‘Oh my, we don’t have 60 votes, woe is we,’” AFL-CIO President Richard Trumka told POLITICO last week. “Figure out a way to do It … There are several ways to get them done,” suggesting that ending the filibuster is one of them. Former President, Barack Obama preached that getting rid of the filibuster might be necessary to achieve the party’s agenda stating, “The filibuster won’t let Congress pass good laws.” One might ask how “good” those laws are, if they are too radical to garner compromise?

Despite the vigorous goading from many of the Democrats, imminent extinction of the filibuster is improbable. Two Democrat senators, and President Biden, have expressed opposition.  Jen Psaki assured, “the president’s preference is to not get rid of the filibuster. Look at what we’ve accomplished the past 6 weeks…He believes that with the current structure that he can work with Democrats and Republicans to get work and business done.” Senator Manchin, who has long expressed objection to abolishing the filibuster has now waivered in favor of “reform”. He asseverates, “The Senate is the most unique … governing body in the world, It’s deliberate. It’s basically designed … to make sure the minority has input.” He however suggests we, “make it a little bit more painful, make him stand there and talk, I’m willing to look at any way we can,” Manchin said. “But I’m not willing to take away the involvement of the minority.” Manchin appears to be suggesting we bring “Mr. Smith Goes to Washington” to life in DC. Sen. Kyrsten Sinema (D-Ariz.), the other moderate Democrat who has consistently supported the filibuster has envisaged a revisitation to the Senate requiring 60 votes always.

The three groups dividing the caucus, consist of those supporting changes (or axing the process entirely), those open to changes if Republicans attempt to obstruct legislation that has majority support, and those who haven’t expressed such openness. A recent review of comments on the filibuster illustrates that 19 Democrats (or independents who caucus with the Democrats) appear to fall into the “reform” category, 18 are open to making changes, and 13 oppose changes or haven’t taken a perceptible public position.

Below is an aggregate of the groups:

Although imperiled, the odds skew towards some form of the filibuster remaining intact, for now. Since the filibuster serves as one of the most efficacious means of inhibiting “tyranny of the majority”, it’s vexing to the majority party. It behooves the majority, currently the Democrats, to acknowledge they may be in the minority in the future and desire a means of opposition, rather than discarding centuries of political tradition, and instead to direct their energies on designing legislation that’s appealing to a broad range of Americans. The challenge is always to maintain a system of checks and balances withing the government, because the government is comprised of humans; “If men were angels, no government would be necessary. If angels were to govern men, neither external nor internal controls on government would be necessary. In framing a government which is to be administered by men over men, the great difficulty lies in this: you must first enable the government to control the governed; and in the next place, oblige it to control itself.” James Madison, Federalist #51, 1788

Why Christianity First is not Synonymous With America First

Vaccine Shedding: The Harm For Those Who Choose NOT To Be Vaccinated

Are Masks Infringing Upon Disability Rights?

This is a demo store for testing purposes — no orders shall be fulfilled. Dismiss