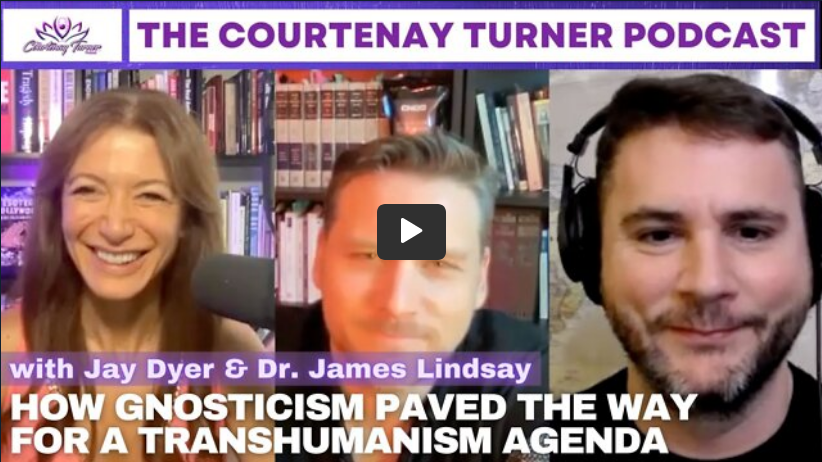 In this episode, Courtenay invites power duo Jay Dyer and Dr. James Lindsay to discuss the ever-advancing war on humanity. This expansive conversation illuminates the road to transhumanism which is designed to usher in the 4th Industrial Revolution. Strongly rooted in Marxist ideology and gnosticism, the dark map to the future transhuman-feudal system consists of AI instruments that will adapt humans to an “unfit” world. Such mechanisms include a circular economy, algorithm-based needs system, and avatar identities constructed to worship the deity of technology.

Jay is an author, comedian, and TV presenter known for his deep analysis of Hollywood, geopolitics, and culture. His graduate work focused on psychological warfare and film. He is the author of two books (with a third releasing soon), Esoteric Hollywood 1 & 2 and the co-creator and co-host of the television show Hollywood Decoded. He has been featured on numerous popular shows, podcasts, and debates with some of the world’s top debaters.

Dr. James Lindsay is an American-born author, mathematician, and self-proclaimed professional troublemaker. He has written six books spanning a range of subjects including religion, the philosophy of science and postmodern theory. He is a leading expert on Critical Race Theory, which leads him to reject it completely. He is the founder of New Discourses and currently promoting his new book “Cynical Theories: How Activist Scholarship Made Everything about Race, Gender, and Identity―and Why This Harms Everybody,” which is currently being translated into more than fifteen languages.